Find A StoreContact Us

Breaking down the stigma around Autism 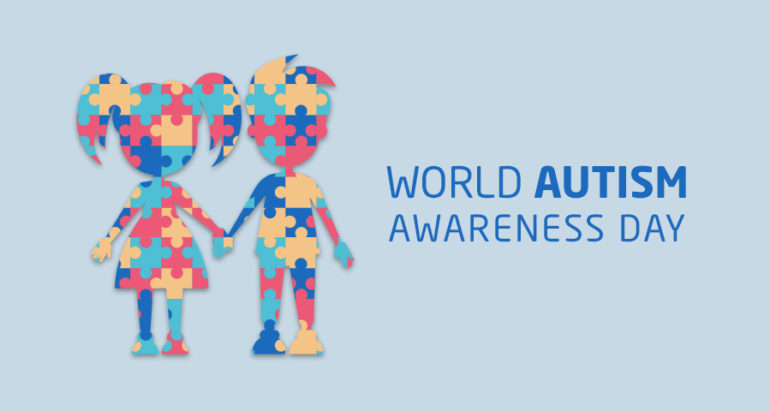 Autism spectrum disorder (ASD) and autism are both general terms for a group of complex disorders of brain development. ASD is a neurological disability and people with ASD may communicate, interact, behave, and learn in ways that are different from most other people.
The effects of the disorder differ a great deal from person to person. The abilities of people with ASD to learn, talk and solve problems can range from gifted to severely impaired – making each person’s symptoms unique. Some people with ASD need a lot of help and intensive intervention, while others need less.

Stigma, a lack of access to medical interventions, challenges in the diagnosis, cultural misperceptions and other issues contribute to no reliable prevalence study figures currently being available for South Africa. However, it is estimated that about 2% of our population are affected by a leading researcher at UCT.

For this year’s World Autism Awareness Day, we are focussing our energy on breaking down some of these stigmas. Far too often, the burden placed on families is worsened by society’s insensitive reaction to those dealing with the disorder.

“All the things that we take for granted, like popping down to store or meeting friends for a coffee, for them these are luxuries,” says Paul Nunes, Marketing and Brand Manager at Cipla. ASD is particularly close to Paul’s heart, since his nephew has non-verbal autism.

This video gives a glipse of what it feels like to live with ASD. It’s is based on an excerpt from Carly’s Voice: Breaking Through Autism, written by a 17-year-old girl living with non-verbal autism.

Often, society’s reactions to people with ASD is insensitive and lacks insight. Paul encourages people to be more aware of the external signs of an autistic child. Stimming is a common habit, where the person with ASD uses self-stimulating behaviour to calm themselves. They’ll often rock back and forth, blink hard or banging their heads.

“To an outsider, it may look like the parents cannot control their kids, but in being more aware, we can also learn to be more empathetic,” encourages Paul.

If you’d like to learn more about Autism Spectrum Disorder, you can reach out to Autism South Africa. You can also read more about Paul’s nephew, Adiel, and his crowd-sourcing campaign that is aiming to raise money towards stem cell therapy, here.

Feel like a snack? Find out why you’re hungry.

Colds and Flu? Ain’t nobody got time for that